With the continuing attack on electronic cigarettes, I just felt it was appropriate to add a link to a very simple piece of research by a PHE (Public Health England) which the ordinary Joe can understand. ( A more comprehensive piece of research can be found in my previous post by the PHE). I believe there are still many ‘tobacco’ smokers out there who still believe vaping is ‘as dangerous’ as ‘tobacco’.

At the writing of this post the WHO have stated that 8 million people PER YEAR are currently dying from Tobacco. Tobacco is simply the biggest killer on the planet. We at Bestvape are trying to do our bit to reduce that horrific number.

By all means, try every smoking cessation tool at your disposal but if you find you still cannot give up your tobacco habit, please do not dismiss trying vaping as a harm reduction effort. Base your decision on creditable facts and understand, there WILL be vested interested parties (among others) who WILL scaremonger you away from those credible facts so it is important to sort credible facts from fake news and scaremongering.

Below is a not a very scientific test, however, it is a very simple quick and easy to understand test if you want to compare the relative damage that tobacco can do to your lungs.

The Current Vitamin E Situation in the USA (Sept 2019)

There have been a number of unregulated vaping products which are currently being investigated in the United States at the writing of this post. The FDA announced it had analyzed 18 cannabis vaping products, 10 of which contained Vitamin E Acetate, which have been directly linked to the lung disease outbreak in the US. These e-liquids have been identified (or at lease referred to) as black market e-liquids. (which makes sense as this outbreak hasn’t happened over the last 10 years of e-liquid manufacture and has just presented in the one month).

Now the anti-vape interested parties have what they want. Ban flavours ! Ban vaping ! See, I told ya vaping kills ! And here-in lies the problem. If a product is ‘contaminated’ because of the black market or something is banned which is popular or over regulated, you are handing the whole ready made market over to the criminals…and boy, will they thank you for it. We already know how lucrative the illegal tobacco market is. Can you imagine what the illegal e-liquid black market would be like, not to mention the health concerns regarding contaminants (which the US has now brought to light). Isn’t this why we are here. Our health. The health of billions of tobacco smokers.

So what was the contaminant ? Apparently, it seems Vitamin E acetate (or Tocopheryl acetate) is the possible culprit. Vitamin E acetate is a compound derived from Vitamin E itself and widely available and used as a food supplement and skincare-ingredient. Both Vitamin E and its acetate have antioxidant properties, however the acetate has a somewhat lower acidity and longer shelf life. It is a viscous, colourless, oily substance with a high boiling point (363 ºC).

At this point, it is up to speculation why it ended up in vape cartridges, as it is not a known contaminant of Cannabis extracts or any commonly used solvents and flavourings. However, it seems some companies sold it as a thickening/diluting agent for extracts, although there is no data on inhalation toxicity and the high boiling point and molecular weight of the compound should discourage from the use in vaping devices. The wrongful perception that it might be a “healthy and natural” option, combined with the low cost point and convenient viscosity profile might have played a role, but the exact reasons are yet to be determined.

Under European regulations laid out in the Tobacco Products Directive (TPD) the addition of additives to E-liquids is strictly forbidden, so it is highly unlikely ( if not impossible) such products would enter the legal market. All e-liquids in the EU undergo strict toxicology tests 6 months before they are even released to the market. This would suggest (or even prove) that e-liquid in the EU is safe. This is exactly WHY these strict tests were brought in ? (which for the record, all responsible vape vendors/retailers had no opposition to and indeed welcomed).

This is why it is so important to make sure you buy your e-liquids from a reputable vendor and steer clear of any black market e-liquids. 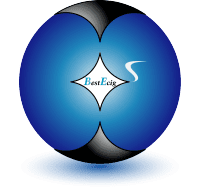